What is a Classical Argument Essay?

A Classical argument is the basic form of persuasive argument typically used in essays and position papers. It has at least five parts: the introduction, narration, confirmation, refutation, and conclusion. The parts of a classical argument are arranged logically. That is, one section logically follows from the one before it. It is styled in this way for ease of transition in thought, especially for the main purpose of effectively persuading the reader or audience. The following is an explanation of the different parts of a classical argument.

Introduction
The speaker/writer has at least three tasks in the introductory part of a classical argument. These are: (1) to warm up to the audience, (2) to establish a connection or "rapport" with the audience, and (3) to state the general claim of the argument.

Confirmation
This is where the speaker/writer gives the supporting evidence to the claim. Supporting facts and opinion from authority are usually included in this section. The stronger the link between the supporting evidence and the claim, the stronger the argument of the speaker/writer will be. This is also the part where the claim is elaborated. A typical technique used in the confirmation section of a classical argument is the Toulmin technique.

Refutation
This is where the opposing claims are presented or acknowledged, and then addressed accordingly. In most cases, counter-examples are best used as counter-arguments for the opposing claims. This is also the part of the classical argument where the speaker/writer anticipates possible objection to his claim and addresses them appropriately.

Conclusion
This is the final part of the classical argument where the speaker/writer summarizes the main points and reiterates the claim. In some cases, speakers/writers using this form of argument end with an appeal to the emotion of the reader or audience.

In summary, the Classical Argument is a basic approach to the art of persuasion. It contains the essential parts of any persuasive argument. Its transition is logical, making it an easy-to-use technique without sacrificing the quality of the transition of thoughts. You may also want to know more about Rhetorical Arguments.

HIRE US and we'll write your papers for you! 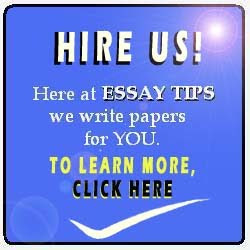